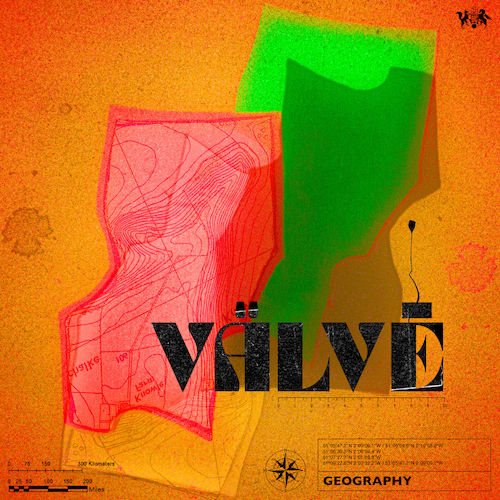 The debut album Geography by experimental sound-art group VÄLVĒ is due to be released 13th December 2021 via The state51 Conspiracy.

The physical version of the album will be the second release in state51’s ‘51 Editions’ lathe series. Each record will be cut by Bladud Flies! and hand packaged in The state51 Atelier. The 51st edition is presented in a stunning bespoke box, designed and made in the Atelier.

Artwork for Geography was developed by Louise Mason and was inspired by the OS pathfinder maps Chlöe used on her walks during the process of making the album. The geometric patterns that float by in the film map to the walking routes that Chlöe took as she got to know her new home.