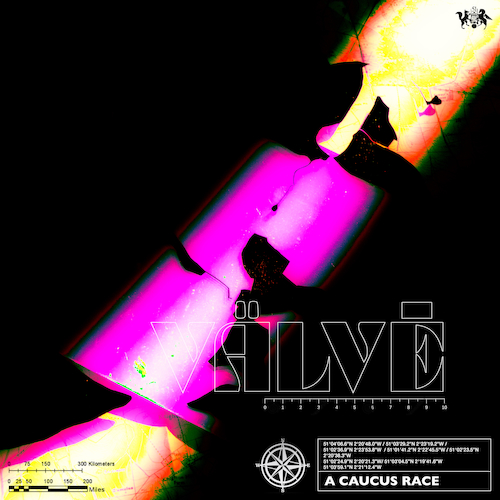 "We imagine geographies from stories. ‘Alice in Wonderland’ is one such story that played a huge role in many a childhood. I loved imagining maps of the places Alice explored, hearing the story both by book and by Patricia Hodge’s reading on the Storyteller tapes. Although arriving in a ‘wonderland’ via a rabbit hole and having a Caucus Race remains way too Dada to leave the imagination!" - Chlöe Herington of VÄLVĒ